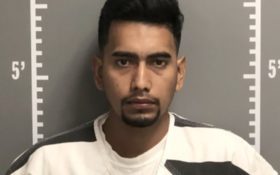 A man from Mexico living in the U.S. illegally has confessed to kidnapping U.S. college student Mollie Tibbetts while she was running in her small Iowa hometown, killing her and dumping her body in a cornfield, authorities said Tuesday.

The suspect, Cristhian Rivera, 24, has reportedly lived in the U.S. for several years under former President Barack Obama — and was even able to pass an Obama-era vetting system designed to stop illegal immigrants from taking government jobs.

Rivera was arrested and charged with first-degree murder in the death of the 20-year-old Tibbetts, whose July 18 disappearance set off a massive search involving state and federal authorities.

Investigators said they believed Rivera had lived in the area from four to seven years, and local authorities described Rivera as someone who lived in a rural area and kept to himself.

Yarrabee Farms, a family-owned company that operates dairy farms in the rolling hills outside Brooklyn, said that Rivera had been an employee in good standing for four years and that it was shocked to learn he was implicated in the crime.

The company confirmed that Rivera was able to pass the federal E-Verify check during the Obama administration, which is meant to provide employers with a way to check if potential employees have proper eligibility status to work in the country.

According to Fox News, “The automated system checks records from the Social Security Administration and Department of Homeland Security to make sure an employee is legally allowed to work in the U.S.”

Yarabee Farms owner, Dane Lang, claims he has turned over all of Rivera’s documentation to the authorities.

“E-Verify has prevented a lot of illegal aliens from getting jobs. It’s the best system out there,” former ICE acting director Thomas Homan explained on Wednesday. He added, though there are ways to beat the system.

“I would be interested to know is: Did they really run this person in E-Verify? And what failed?” he questioned.

A search of court records revealed no prior criminal history for Rivera in Iowa, and it’s unclear whether he had ever been subject to prior deportation proceedings.

Iowa Sen. Chuck Grassley, Republican, has asked the Department of Homeland Security to release more information on the suspected killing stating, “little information is known about the man’s immigration and criminal history, or employment details.”

He wrote in a letter that was addressed to DHS Secretary Kirstjen Nielsen, “It’s is crucial we understand the circumstances surrounding the traffic death of this young Iowan so that we can address any vulnerabilities in our border security apparatus, existing laws, enforcement practices, and resource allocation.” He added, “We must prevent murders such as Tibbetts’ from ever occurring again.”

Jessica Vaughan, the director of policy studies for the Center for Immigration Studies explained that critics have questioned if Rivera could have potentially been a so-called “Dreamer” who qualified for the Obama administration’s Deferred Action for Childhood Arrivals.

Vaughan believes that it’s unlikely but “there are a lot of layers to peel off.”