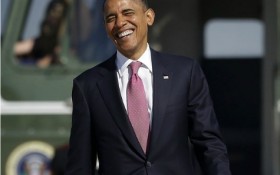 For years, critics of President Barack Obama have blamed his weak immigration policies for rising crime and violence on American streets.

Now a new report shows that the Obama Administration is repeatedly failing to deport illegal immigrants who have committed serious crimes — and is releasing them instead.

The 19,700 convicted criminal immigrants released during the 2015 budget year reveal just how extensive the problem is.

Combined, those people have been convicted of hundreds of thousands of crimes, including murder and sexual assault.

A heartbreaking example can be found in failed deportee Jean Jacques, an illegal immigrant. After he served more than a decade in a state prison for attempted murder and committed multiple parole violations, the Obama administration failed to deport him back to his native Haiti — despite numerous parole violations during that time.

Each time Jacques was arrested on a parole violation, he would serve a sentence in state prison and then be released to immigration custody. At least three times, Haiti refused to take him back, so Immigration and Customs Enforcement (ICE) officials in early 2015 did the same thing they do thousands of times a year — they released a violent criminal immigrant from jail.

Jacques is a textbook example of the kind of immigrant living in the U.S. illegally that the Obama administration should return to their home country.

But that’s not happening. And it’s costing American lives.

“What is unacceptable is even one (release). Why did you release even one person?” Rep. Jason Chaffetz, R-Utah, asked Saldana.

Saldana also told lawmakers that an effort to develop a system to alert local authorities about a newly released criminal immigrant is underway.

But lawmakers and others say it’s not enough.

“They got caught committing a crime. They were convicted of the crime and instead of following the law and deporting them, you released them … and they commit more crimes,” Chaffetz said. “That is so wholly unacceptable.”

Chester Fairlie, the Chadwick family’s lawyer, said criminal immigrants like Jacques need to stay in jail. And the Obama administration should pressure other governments to take back their citizens, he said, by cutting aid packages or reducing the number of visas available for their citizens to come to the United States.

“It seems to me that our State Department should have enough leverage to say to them, you cannot arbitrarily refuse to take these people back,” Fairlie said.

The House Judiciary Committee approved a bill in March 2015 that would have allowed the U.S. to continue to detain some criminal immigrants even if their home country won’t take them back. It hasn’t progressed beyond the committee.

But Chaffetz said the administration already can pressure foreign governments to take their citizens back by curbing visas. He said Homeland Security officials need to ask the State Department to impose those visa sanctions.

“By U.S. law, these countries must accept deportations or we won’t give any more visas,” Chaffetz said. “All I’m asking is that the administration enforces current law.”