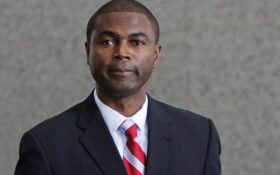 With statues of historic Americans falling across the country, one Democratic lawmaker has said America hasn’t gone far enough to erase its past. He wants to “ban and abolish history” until “appropriate alternatives are developed.”

Illinois State Rep. LaShawn Ford, a confessed criminal who represents the West Side of Chicago, has said no child in the entire state should get a single history lesson until teachers come up with a curriculum more to his liking.

Ford says that U.S. history books focus too much on white citizens—who made up 90% of the population until a generation ago and were the only group not legally restrained from participating in politics for much of our history—and he wants more focus on blacks, Hispanics, gays, lesbians, and transgender people.

“We can ban and abolish history in the state of Illinois until we get it right,” Ford told Chicago’s WGN Radio last Friday, because fact-based history “costs us as a society in the long run forever.”

Until he rubber-stamps a radical curriculum, he’s willing to shut down every history class in the Land of Lincoln—from Chicago on Lake Michigan to Joppa, which is just a stone’s throw away from Paducah, Kentucky.

“We need to end the miseducation of Illinoisans,” he said.

Ford later denied ever proposing cutting history out of the school day… despite his own press release being titled, “Rep. Ford Today in Evanston to Call for the Abolishment of History Classes in Illinois Schools.”

The Illinois Democrat’s own checkered history tells us a lot about this push to erase U.S. history, page-by-page and school-by-school.

Ford is an admitted fraud and criminal who has a pretty slanted view of the people American history should honor—and he plans to get way more than new textbooks out of the deal. He wants cold, hard cash…and lots of it.

In 2017, Ford passed a bill that renamed part of I-55 in Chicago after none other than President Barack Obama.

He didn’t think that praised Obama enough—Ford originally wanted to name the entire 270-mile stretch of I-55 between Chicago and St. Louis the “Barack Obama Presidential Expressway.”

In 2016, Ford passed a bill urging then-President Obama to commission a federal study into the “economic impact” of slavery to pave the road to reparations.

“Given the real history of our country and the role slavery played in it, launching a commission to study slavery and the role of reparations is appropriate,” Ford said.

Ford said he got the idea after vising the United Nations.

One 2016 meeting closed by saying “the transatlantic slave trade” needs “to be addressed with reparatory justice.”

He may want “justice” for slavery, which was abolished 145 years ago, but not for Illinois inmates today: In May, Ford pressured prisons to set inmates free, a national campaign led by Rep. Alexandria Ocasio-Cortez, supposedly to fight the COVID-19 outbreak.

But then, Ford has been dodging justice for a while.

In 2012, Ford was indicted for committing fraud to get a $1.5 million line of credit from ShoreBank—the Obama-connected liberal bank that eventually went belly-up from bad investments.

Rep. Floyd, who’s also a real estate developer, said he needed hundreds of thousands of dollars for his business—but he later admitted he spent the money paying for his 2006 campaign, casino debts, and car loans.

He could’ve gone to jail and been banned from politics—but in 2014 he got a plea deal for 6 months probation and community service.
At the time, Ford said, “I just want to say Hallelujah and praise the Lord for a system and ability to look to a system and see it’s possible to receive justice.”

I guess the American system of justice wasn’t so “unjust” back then.