The nerve! Obama asks taxpayers for raise - The Horn News 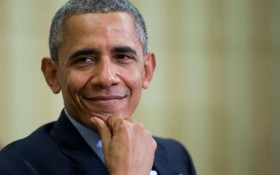 President Barack Obama, in his last year in office, seems to already be looking toward retirement — and he’s demanding that U.S. taxpayers give him a big pay raise moving forward.

Since 1958, former presidents have been given a substantial pension by taxpayers, as well as hundreds of thousands of dollars annually to cover any expenses they have.

According to a report released Thursday by the Congressional Research Service office, after he left office next year Obama was set to “receive a pension that is equal to pay for Cabinet Secretaries …which for calendar year 2015 was $203,700.”

That’s a lot of money, especially considering that former presidents often make a fortune writing memoirs and on the lecture circuit (Bill Clinton has made $132 million from paid speeches over the past 14 years).

But it’s apparently not good enough for Obama, who is attempting to get himself an even bigger payday on the taxpayer dime.

The proposed increase also includes a bump in Obama’s pension and the pension of other former presidents.

The report also talks about criticism of the Former Presidents Act, which is the law that requires taxpayers to support ex-presidents for the rest of their lives.

“Some critics of the Former Presidents Act say the statute subsidizes Presidents who are not struggling financially,” the report said.

This story first appeared in the Washington Free Beacon.