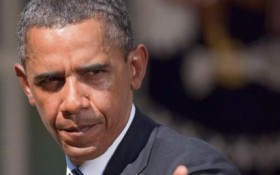 The Obama administration has won a court victory allowing it to keep secret various memos related to its legal justification for using drones to kill U.S. citizens, a federal appeals court said in a decision unsealed Monday.

This could mean increased use of drone strikes against U.S. citizens, and some activists have expressed concern that the program – with little legal oversight – could theoretically be expanded to include mainline America strikes.

The 2nd U.S. Circuit Court of Appeals sided with the Obama administration in a second round of Freedom of Information Act requests by the American Civil Liberties Union (ACLU) and The New York Times, after an earlier request had succeeded in only forcing the government to disclose a heavily redacted version of a 2010 41-page legal opinion prepared by the Office of Legal Counsel in the Justice Department describing for the Defense Department the legality of targeted drone attacks.

The appeals court said then that prior public disclosures by senior government officials including President Barack Obama did not have to include certain information, including parts of the legal justification for the use of deadly force against U.S. citizens.

The Oct. 22 decision by the 2nd Circuit to keep eight memos secret largely upheld an Oct. 31, 2014 ruling by U.S. District Judge Colleen McMahon in Manhattan. It remained sealed for a month to provide time for appeal.

In a decision written by Circuit Judge Jon O. Newman, a three-judge appeals panel said it had ordered the release of the 2010 legal opinion because government officials made public statements about the document in relatively close proximity to its creation. It noted that a 2002 document providing legal advice to the president’s close legal adviser will remain sealed after it did not lead to public statements by government officials until eight years after its creation.

“In a democracy, there should be no room for ‘secret law,’ and the courts should not play a role in perpetuating it,” Jaffer said in a statement. “As President Obama considers his legacy and the certainty that the targeted-killing program will soon be in the hands of a new president, we urge the administration to disclose more information about the program and subject it to stronger oversight.”

Jaffer continues, “The government should not be using lethal force based on standards that are explained only vaguely and on facts that are never published or independently reviewed,” he added.

Some legal scholars complained that it was illegal for the U.S. to kill American citizens away from the battlefield without a trial.