Obama broke the law with Iran deal - The Horn News 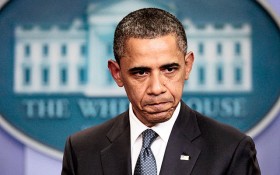 Policy experts remain unsure if this will nullify the treaty. But most agree that this violation leaves the deal open for legal challenges in the court system by the many opponents who want it scrapped.

According to reports, the Joint Comprehensive Plan of Action (JCPOA), the technical name of the Iran Deal, states that the US, “shall…license non-U.S. entities that are owned or controlled by a US person to engage in activities with Iran that are consistent with this JCPOA.”

Which means that, essentially, foreign subsidiaries of U.S. parent companies will, under some conditions, be allowed to do business inside Iran.

The only problem? That’ll illegal under current U.S. law.

Further, the ITRA also says in Section 218 that, when it comes to doing business with Iran, the foreign subsidiaries of these US parent companies shall be treated exactly the same as U.S. firms.

Translation? If it’s suddenly legal for foreign subsidiaries to do business in Iran, then the same would go for parent companies based on U.S. soil.

Which, again, would violate current law.

Fox News quoted one U.S. expert as saying Obama has no authority to restore the foreign sub loophole or unleash the consequences that would come with it.

It’s the latest proof that the Obama Administration has entered America into a major international arrangement without considering the legal and military ramifications.