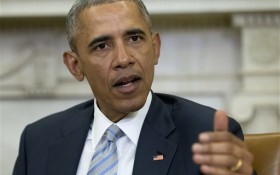 President Barack Obama’s administration has sent an alarming warning to landlords across the entire United States — preventing convicted criminals from moving in to your property may be racist and illegal.

The Obama administration’s new rules mean that, if there are any rental properties in your neighborhood, landlords are in many ways helpless to prevent convicted criminals from moving in because doing so could discriminate against minorities.

New guidelines from the Department of Housing and Urban Development (HUD) regarding the Fair Housing Act — which effects all rental properties in the country — were released Monday.

In it, HUD warned that, “The Fair Housing Act prohibits both intentional housing discrimination and housing practices that have an unjustified discriminatory effect because of race, national origin, or other protected characteristics.”

The guidelines continue to state that “because of widespread racial and ethnic disparities in the U.S. criminal justice system,” discriminating against someone with a criminal record is “likely disproportionately to burden African-Americans and Hispanics.”

In other words, if you say you won’t rent to convicted criminals — and especially if they are minorities — you could be breaking the law as a landlord.

In order to prove they’re not discriminating by race by asking for background checks, landlords now have the burden of proving that the practice is actually protecting resident safety and property. That means plenty of red tape and massive exposure to lawsuits for American landlords, many of whom will likely decide that it’s easier to stop looking at applicants’ criminal histories entirely.

“HUD will use the full force of the law to protect the fair housing rights of folks who’ve been arrested or who are returning to their communities after serving time in jail or prison,” the secretary of the Obama administration’s Department of Housing and Urban Development, Julian Castro, said Monday.

The new HUD guidelines can be seen here.