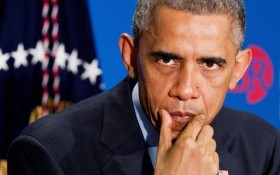 For nearly eight years, President Barack Obama’s administration has been besieged with criticism of wasteful government spending by opponents.

Now in his lame duck term, a new analysis of his final federal budget proposal may have found the most outrageous example of waste yet.

The Obama administration’s budget has asked for $2.1 billion set aside for illegal immigrants — which includes over a billion in benefits for an expected 75,000 Central American teenagers and children the administration estimates will illegally enter the country in 2016.

This is according to analysis by the Center for Immigration Studies, which calculates that the budget request would amount to $17,613 in taxpayer money for every illegal child — more than double what the government spent in 2010.

That’s nearly $3,000 more than is budgeted for the average retiree in annual Social Security benefits — a benefits system these taxpayers contributed to for their entire working lives.

The cost is based on a trend, CIS concludes. “Individuals from El Salvador, Guatemala, or Honduras come to the United States illegally. Then children (probably their own children) follow on their own, also illegally. They are, for the most part, welcomed, assisted, and reunited with their families here.”

The report continues, “We can… question this administration’s policies and motives and wonder if it is in the best interest of the American people to welcome these children here. We can also wonder about the need for a new refugee program for Central American children who, in general, do not qualify for refugee status. We might even call this program what it really is: a family reunification program specially crafted for illegal aliens and their children under the cover of refugee resettlement.”

And that’s not all. The administration has also asked for U.S. taxpayers to foot $750 million in assistance to the Central American countries these unaccompanied alien children (UAC) are leaving.

The overall total of 231,000 deportations generally does not include Mexicans who were caught at the border and quickly returned home by the U.S. Border Patrol. The figure does include roughly 136,700 convicted criminals deported in the last 12 months.