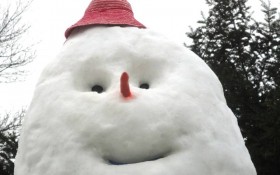 A suburban New York family is seeking snow donations to help its 14-foot snowman last until spring — and some cold weather would help, too. 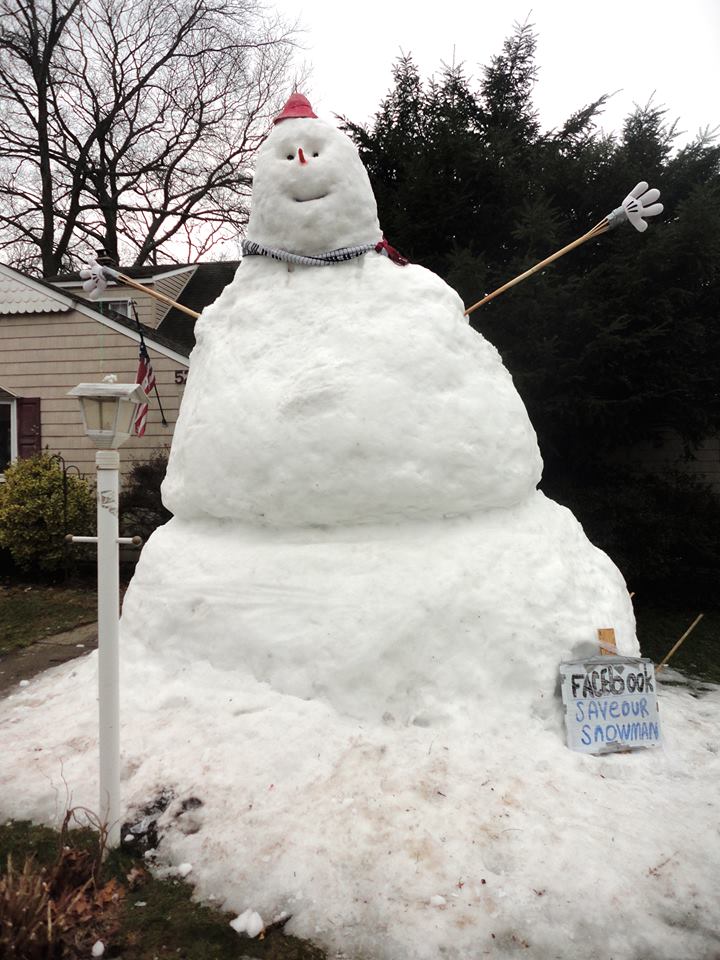 Newsday reports that members of the Fregoe family of Massapequa Park wrapped their indomitable snowman tightly in plastic before heavy rain hit Monday. Then 51-year-old Mike Fregoe climbed a ladder and planted a beach umbrella on its head.

Fregoe says the snowman survived the rain but is looking “a little thinner.”

The family plans to rely on snow donations this year as well. Fregoe says so many people enjoy the snowman that “it makes it worthwhile.”