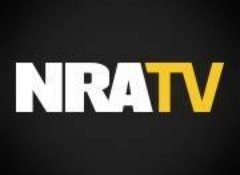 The National Rifle Association was a main target of these celebrity complaints — and the gun rights group fired back at the attacks with a moving message on Twitter.

The NRA fought back against liberal Hollywood by sharing a video that explains what the organization and their members stand for, and challenged rapper Common and the rest of the Academy to comment.

.@common @TheAcademy: This is what the #NRA and its members stand for. #Oscars pic.twitter.com/elDV3zteF9

Featured in the video is former Navy SEAL Dom Raso, discussing why he stands for the American flag.

“I stand to honor the sacrifices of the generations before me, heroes who charged into battle through bombs and bullets, who lost their brothers and still pushed through, fighting for every inch of our freedom,” he said.

The tweet targeted rap star Common, who used his performance at the Oscars to push his liberal agenda.

“On Oscar night, this is the dream we tell. A land where Dreamers live and freedom dwells. Immigrants get the benefits, we put up monuments to the feminists,” Common said at Sunday’s Oscars. “Tell the NRA they ain’t God’s way. And to the people of Parkland, we say Ase,” he continued.

Following the release of the NRA’s moving video, Common responded with this disrespectful message:

Here's @common laughing at a message about honoring our fallen heroes minutes after he went on @TheAcademy stage and said #NRA members are “in God's way.” #Oscars pic.twitter.com/TSfYFCvJi3

This rapper is another example to Americans of how hypocritical liberal Hollywood truly is.

Stick to your day job, Common, your political opinions are of no importance to anyone.