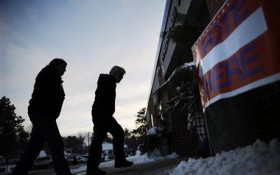 If you want to share your voting experience on social media, you’ll have to find some way other than taking a photo in the voting booth. West Virginia Secretary of State Natalie E. Tennant says it’s forbidden.

Tennant said in a news release Friday that it’s illegal to photograph any part of the voting process, and no electronic devices or cellphones are allowed in the voting booth.

She says signs are posted in every West Virginia precinct, and poll workers have been instructed to tell people not to bring devices out while they’re voting.

The early voting period began last Wednesday. Voters may cast their ballot during regular business hours and next Saturday at their county courthouse, courthouse annex or community voting location designated by the county.