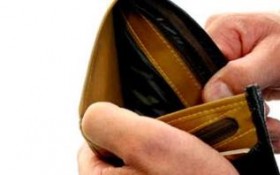 A man has admitted stealing more than $135,000 from the retirement account of a woman whose obituary described him as a “dear friend.”

Prosecutors said Lordi posed as Donna DiLullo to transfer $135,517 from her Prudential deferred compensation/retirement account into his own account in 2013, just minutes after receiving word that she had died suddenly at age 55.

Authorities said the money was frozen after the theft was realized and is now being returned to DiLullo’s estate.

Lordi had been accused by authorities of attempting to steal about $566,000 total in retirement and life insurance benefits from DiLullo. But he admitted only to the retirement fund theft. Prosecutors had alleged that Lordi also accessed DiLullo’s online benefit account and made himself her primary beneficiary of her insurance and pension benefits.

William Guhl, Somerset County assistant prosecutor, recommended that Lordi be sentenced to probation with a suspended sentence of one year in prison if he violates its terms.

DiLullo, who worked as a probation officer in Somerset County for nearly 30 years, died in her home on July 8, 2013. Her obituary listed surviving family members and several “dear friends,” including Lordi.