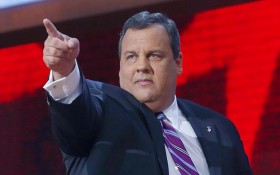 New Jersey Gov. Chris Christie endorsed billionaire Donald Trump for president on Friday, a surprising move away from the party establishment that had been previously coalescing behind one of Trump’s rivals, Florida Sen. Marco Rubio.

Christie said at a news conference in Fort Worth, Texas, that Trump “will do what needs to be done to protect the American people.”

The endorsement comes just days away from the all-important Super Tuesday vote on Mar. 1st. Multiple, strong victories for Trump on Tuesday will likely seal up his GOP presidential nomination.