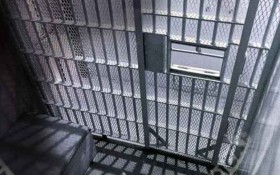 Nine Americans are currently imprisoned in Saudi jails, with eight detained in the past three months, according to a website belonging to Saudi Arabia’s Interior Ministry.

The state-linked newspaper al-Watan reported Saturday that the eight recently detained Americans are being investigated for terrorism-related crimes.

The names, ages, genders and other personal details of the U.S. detainees were also not listed, however the website shows one U.S. citizen was arrested in March 2007 and convicted and has the right to appeal, though the details of the case are not provided.

The latest update to the official list, which includes 5,158 detainees who are mostly Saudi nationals, was made on Monday. The list of detainees is posted on the Interior Ministry’s Nafetah website, which helps relatives communicate with detainees.

It shows that five of the Americans were in Saudi Arabia on resident visas, According to the prisons’ website, three others are listed only as U.S. passport holders, suggesting they could be dual-nationals or were visiting the kingdom at the time of their arrest.

U.S. State Department officials say they are looking into reports of the arrests.