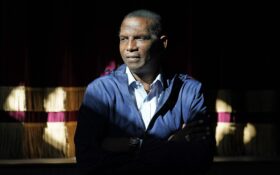 Owens is expected to be declared the winner in the coming days.

McAdams’s won the seat in 2018, part of the so-called blue wave that gave Democrats control of the U.S. House. Owens is a frequent Fox News guest.

Nearly $19 million has been poured into the race in a district where registered Republicans outnumber Democrats nearly three to one.

Voter Alasdair Macleod, 46, of South Jordan, said he’s surprised the race has been so close. He’s a registered Republican but voted for McAdams for his moderate views and willingness to work across the aisle.

“It’s really surprising how close it’s been because he’s a great candidate,” said Macleod, a project manager in the tech industry. “He’s exactly the kind of candidate that Utah says they want in a Democrat. But honestly, I think that at this point, at least three quarters if not 90% of people are just voting based on their tribal affiliation.”

On the other hand, voter Kathryn Marx, 65, of Mt. Pleasant, said she voted for Owens because he’s been vocal against what she described as a socialism hijacking the Democratic party.

“I do believe that it used to be just we both believed in the same thing but had different ways of getting to that point. It’s no longer the case,” said Marx, who works in a hardware store.

The district was held until 2018 by Mia Love, another Black conservative who was the first Black Republican woman elected to the House. She was critical of Trump at times, including when he used an expletive to refer to her parents’ home country of Haiti. Owens has backed the president and Donald Trump Jr. campaigned for him.

The former NFL player helped the Oakland Raiders win the 1980 Super Bowl and later converted to the Utah-based Church of Jesus Christ of Latter-day Saints.

He has frequently disagreed with athletes kneeling during the national anthem during appearances on Fox News.

McAdams, meanwhile, was a well-known mayor of Democratic-leaning Salt Lake County before he ran for Congress.

He defeated Love by less than 700 votes, and the race this year was one of the more closely watched in the country.