Felons voting rights to be restored? - The Horn News 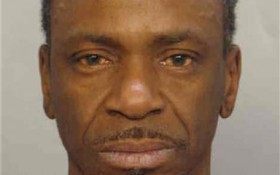 One is a sex offender who failed to register. Another stabbed a fellow teen to death in the 1970s. A third illegally possessed a firearm, and the other two have drug convictions.

All five northeastern Iowa residents are charged with illegally voting in the 2012 presidential election as ineligible felons. But the Iowa Supreme Court will consider which offenders lose their voting rights in the first place: all felons or only a tiny fraction who commit specific “infamous crimes”?

While the five defendants are not directly involved in the case, they would benefit from a ruling that narrowly limits the crimes that trigger voting bans. Oral arguments are scheduled for Wednesday in Des Moines, and a decision could come within weeks.

The case has gained widespread attention because Iowa is one of three states — with Kentucky and Florida — with lifetime voting bans for felons unless their rights are restored by the governor. Critics say it’s a stain on the state’s progressive civil rights record and disproportionately limits blacks from voting and holding public office.

At issue is the definition of wording in the Iowa Constitution that strips anyone convicted of an “infamous crime” of their voting rights. For 100 years, the court interpreted that to mean all felons and anyone convicted of aggravated misdemeanors, which carry potential prison time.

But the high court threw out that precedent in 2014 by ruling that no misdemeanor offenders lose their voting rights. Justices split over whether the “infamous crimes” provision disenfranchises all felons — as defined by lawmakers — or only those who would undermine the integrity of elections if they were allowed to participate, such as people convicted of election fraud, bribery and perjury.

The new case, brought by former drug offender Kelli Jo Griffin, is expected to clear that up. The ACLU is representing Griffin, who was acquitted of perjury after being charged with illegally voting in an uncontested municipal election. Griffin argues her crime wasn’t infamous.

Civil rights activists are urging justices to rule that Griffin and thousands of similar ex-offenders can vote without fear of prosecution. The state’s database of ineligible felons includes 57,000 people.

The stakes are high for the five defendants from Waterloo, a city 110 miles northeast of Des Moines, four of whom are African-American. They’re set to stand trial next month on election misconduct charges after nearly 2½ years of delays.

The Black Hawk County Attorney’s Office filed the charges in January 2014 as part of a heavily criticized voter fraud investigation by then-Secretary of State Matt Schultz, a Republican. The NAACP and other activists lobbied prosecutors to drop the cases, but were rebuffed. Prosecutors continued to pursue them even after the state Supreme Court’s 2014 ruling threw the state’s blanket felon voting ban into doubt.

If convicted, the five men face up to five years in prison. Defense attorney Aaron Hawbaker said each trial will hinge on whether defendants knowingly voted illegally as prosecutors must prove or thought they were eligible.

“This prosecution is one of those political things where somebody wants to flex some muscle and show off,” said community activist David Goodson, who is friends with two defendants and told prosecutors they made innocent mistakes after being assured by others they could vote.

Elections officials allowed them to vote because their precincts, unlike others in the county, didn’t have electronic systems to check felon eligibility when they registered. Fifteen other felons were identified at county precincts before voting and weren’t prosecuted.

County Auditor Grant Veeder said the disparity in polling place technology hasn’t been fixed. He said the criminal cases were “unfortunate” but declined to say whether they should be dropped.

“It’s difficult for me to determine fair and unfair under the current law,” he said.