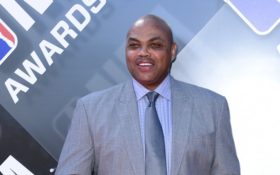 Charles Barkley has issued an apology for a comment he made to a female political reporter about hitting her.

Axios reporter Alexi McCammond wrote on Twitter Tuesday night that when she questioned Barkley on his indecisiveness over the Democratic presidential hopefuls, Barkley told her “I don’t hit women but if I did I would hit you.” McCammond says when she objected to his remarks, Barkley told her she “couldn’t take a joke.”

Barkley, a former NBA player who works as a basketball analyst for TNT’s Inside the NBA, issued an apology on Wednesday through TurnerSportsPR on Twitter saying his comment was “inappropriate and unacceptable.”

Barley said in the statement that “it was an attempted joke that wasn’t funny at all. There’s no excuse for it and I apologize.”