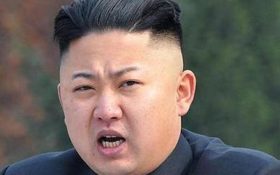 Kim Jong Un can control the weather with his mind, North Korean officials have declared to the world.

The diminutive dictator, who President Donald Trump calls “Little Rocket Man”, has officially declared he can summon rain and hail and banish blizzards at will.

So what caused the communist country to make such an outrageous claim?

According to North Korean propagandists, Kim climbed to the top of Mount Paektu, a volcano on the border of China, and while doing so he banished a blizzard and created “fine weather unprecedented.”

These are the same people former President Barack Obama allowed to build a nuclear weapons program — they believe their so-called “Supreme Leader” has the ability to turn snow into sunshine with his mind.

“Imposingly standing on Janggun Peak, the respected Supreme Leader gave a familiar look for a while at the dizzy cliffs and the sea of trees, recalling the emotion-charged days when he realized the great historic cause of completing the state nuclear force without yielding even a moment and with the indomitable faith and will of Paektu.”

This isn’t the first bizarre claim of magical powers that have come out of North Korea.

According to communist propagandists, Kim’s late father, Kim Jong Il, shot 11 holes-in-one in his first ever golf game… and then promptly gave up the sport for being too easy. Kim Jong Il was also said to have no need to defecate, because his body was so pure.

If people believe that nonsense, no wonder they buy into socialism.

Do you think Kim Jong Un can control the weather with his mind?