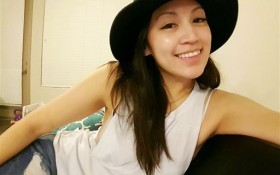 An tragic accident, or cold-blooded murder? Las Vegas police aren’t sure, so have reopened an investigation into the death of a spa worker who was found dead in a cryotherapy chamber.

In addition, the state and the family of 24-year-old Chelsea Patricia Ake-Salvacion, the woman who died, announced their own investigations involving cryotherapy, a treatment for pain and other conditions, and the machine used to subject people to cold temperatures.

Police said Wednesday that the homicide unit would review the case after officers initially closed the case last week.

The decision to restart the investigation was prompted by questions from other agencies.

The news came on the same day that Nevada regulators announced a review to determine whether businesses that use cryotherapy equipment are protecting clients from possible harm, said Teri Williams, a spokeswoman for the Nevada Division of Industrial Relations.

Ake-Salvacion had apparently used a cryotherapy chamber at the Rejuvenice spa where she worked after hours on Oct. 19 and was discovered the next day by a co-worker inside the machine about the size of a phone booth. Albert Ake said his niece was frozen solid.

State agencies were initially at a loss to say who might look into the circumstances surrounding the death before the Nevada Division of Industrial Relations announced its investigation.

“Based on developing information … questions about public and workplace safety within this relatively new industry have lingered,” Steve George, administrator of the Division of Industrial Relations, said in a statement.

The state said it is compiling a list of businesses where the machines are used.

Investigators intend to examine equipment, interview employees and managers who operate it, and review published information from regulatory agencies and other sources. The state will also speak to manufacturers and trade and industry groups about the function of the treatment favored by celebrities and sports stars.

The woman’s family through their lawyer, Richard Harris, also announced their own investigation into the cryotherapy chamber made by Poland-based manufacturer Juka. Harris said the machines sell for about $50,000 and are being used across the country.

He noted its systems are designed to deliver an appropriate amount of nitrogen as part of the chilling process, monitor for healthy oxygen levels, limit the time of each use to three minutes or less, and adjust for the proper height so a user’s head is above the chamber.

Harris suggested that too much nitrogen exposure could have caused Ake-Salvacion to lose consciousness while using the machine.

The family and Harris have rejected the notion that she could have made any mistakes that night, insisting that she was an experienced and trained operator.

“Not only can a person freeze to death, you can be overcome by nitrogen,” Harris said. “Too much nitrogen can overwhelm and cause someone to pass out.”

Ake-Salvacion’s cause of death has not yet been determined.

Rejuvenice has offered 30-minute cryotherapy sessions for about $100, according to online promotions. At least one other cryotherapy center operates in Las Vegas, unrelated to Rejuvenice.