[Must see] The wild Paris floods - The Horn News 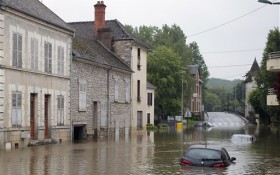 The rising waters of the Seine overflowed riverbanks, roads and rail tracks across Paris on Thursday, forcing authorities at the Louvre to do something they have not done in generations: hurriedly move precious artworks to higher ground. 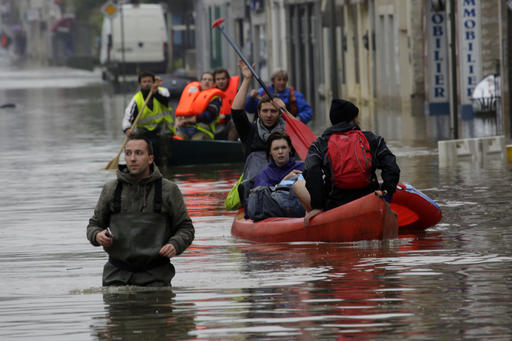 Water levels at the famous river that winds through the French capital are expected to peak Friday sometime about noon. Paris police upgraded their flood warning Thursday to “orange” — the second-highest level — for areas near the Seine, which means they believe the floods could have “a significant impact” on buildings and people.

The Louvre Museum announced it will be closed Friday to remove artworks from rooms threatened by the rising waters, preventatively shifting them upstairs. Its most famous painting, Leonardo da Vinci’s “Mona Lisa,” is staying put on an upper floor.

The Orsay museum, on the left bank of the Seine, will also be closed Friday to prepare for potential flooding.

A spokeswoman at the Louvre said the museum had not taken such precautions in its modern history — since its 1993 renovation. Some underground storerooms created during the renovation are particularly vulnerable to flood risks.

She spoke on condition of anonymity in line with the museum’s policy.

The Louvre did move art to higher floors in the flood that devastated Paris in 1910, but authorities were still checking to see if similar actions had been taken from then to 1993. 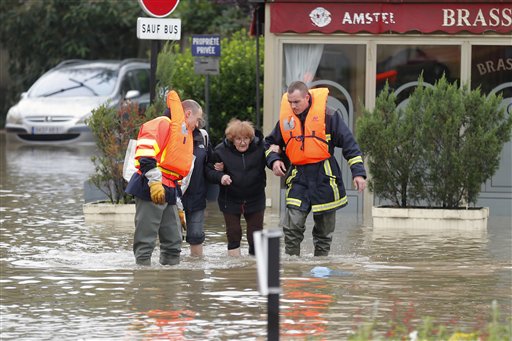 A woman is evacuated by rescuers in Longjumeau, south of Paris, Thursday, June 2, 2016.  (AP Photo/Francois Mori)

About 200,000 artworks are located in flood-risk areas, mostly in storerooms.

European rivers have burst their banks this week from Paris to the southern German state of Bavaria, killing six people, trapping thousands and forcing everything from subway lines to castles to museums to shut down.

Tourist boat cruises in Paris have been cancelled and roads in and around the French capital are under water. A suburban train line that runs alongside the Seine in central Paris, serving popular tourist sites like the Eiffel Tower, the Invalides plaza and the Orsay museum, was shut down.

Days of heavy rains have caused exceptional delays to the French Open tennis tournament and may force it into a third week.

“I remember walking down below (before) and it was very easy,” she said. “In a way, it’s kind of nature taking over.” 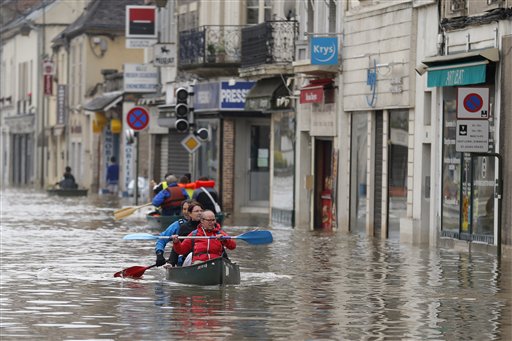 For the second day, emergency workers evacuated residents in Nemours, 80 kilometers (50 miles) south of Paris, the hardest-hit site in France.

Areas along the Loing River, a tributary of the Seine, were facing water levels unseen since the 1910 floods. The situation improved somewhat late Thursday, yet about 21,000 homes were still without electricity.

In the Loire valley in central France, the renowned castles of Chambord and Azay-le-Rideau were closed because of floods in their parks.

Those killed amid the deluge include an 86-year-old woman who died in her flooded home in Souppes-sur-Loing, southeast of Paris. In southern Germany, five people were killed as floods swept Wednesday through the towns of Simbach am Inn and Triftern near the Austrian border.

French President Francois Hollande said a “natural disaster” will be formally declared next week for areas most affected by the flooding — and a separate fund will help villages and small towns deal with the damages. 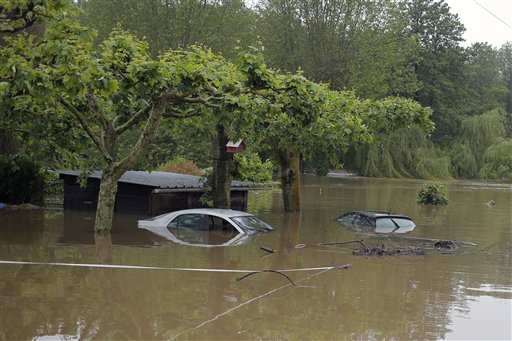 In Berlin, German Chancellor Angela Merkel, meanwhile, promised continued help for flooded areas, telling reporters Thursday that she “mourns for those for whom the help has come too late, who lost their lives.”

The floodwaters in Bavaria receded somewhat and disaster relief crews were helping to clear the wreckage, but there were warnings of more storms.

Belgium endured a fourth day of heavy rain, with flooding reported in several areas. After widespread flooding hit northern Antwerp and the west of Flanders early in the week, waters kept rising in eastern areas around Limburg and Liege. Several neighborhoods have had to be evacuated as cellars flooded and streets were submerged.

A major train line linking Limburg to the Belgian capital of Brussels was temporarily suspended Thursday.