Surfing competition threatened with shut down... for not being politically correct - The Horn News 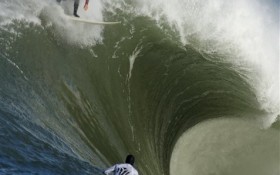 The waves require the world’s biggest, strongest surfers. And the elite surfers riding huge waves off the coast of Northern California Friday morning were as tough as they come, as the big-wave surfing competition known as the Titans of Mavericks got underway.

But it’s all set to change. This season’s invitees are all male, which has infuriated the political correctness police in California.

In response, the California Coastal Commission is sending a message to organizers — include women next year, or you won’t be given a permit to hold the annual event.

The surfing competition is a one-day, invitation-only competition held at the legendary Mavericks surf break near Half Moon Bay, about 20 miles south of San Francisco.

Surfers received the call Tuesday, when many had gathered in Hawaii to participate in another renowned surfing contest. “The Eddie,” as it’s called, was cancelled hours before it was supposed to take place because of undersized breakers.

In California, the National Weather Service forecasts waves peaking at 12 to 14 feet Friday at Mavericks, which can produce wave faces of up to 30 feet or more.

The competition is held when the surf is just right, between Nov. 1 and March 31.

The contest was last held in January 2014.

The Mavericks surf contest has been held only nine times since its inception in 1999. A lack of large waves at the right time canceled the contest last winter.

The swells travel through deep water for days before hitting a section of shallow reef that juts into the sea. When the swell hits the reef, the wave jumps up and crashes back down violently, then washes through craggy rocks.

In 2010, the contest attracted more than 100,000 live fans while thousands more watched on big screens at AT&T Park in San Francisco.

The live crowd overwhelmed the beach. About a dozen people were injured after a wave knocked spectators into the water, so spectators this year had to watch online. 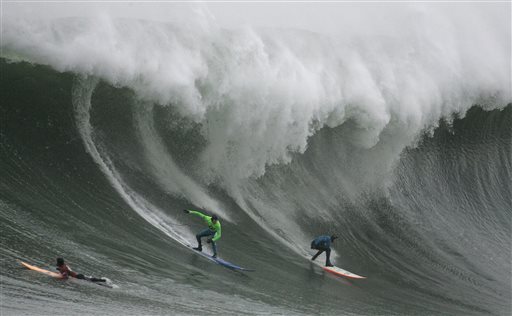 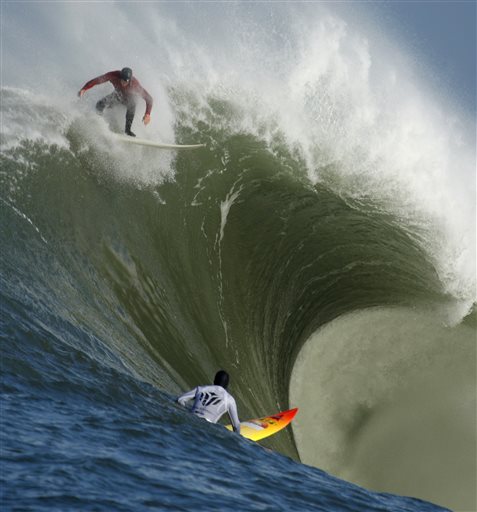 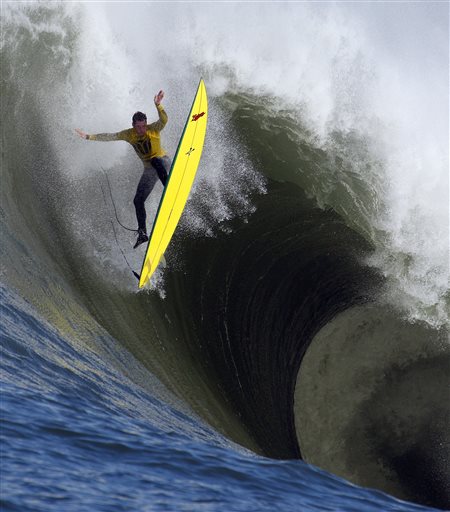 FILE – In this Feb. 13, 2010, file photo, Ion Banner loses control on a giant wave during the first heat of the Mavericks surfing contest in Half Moon Bay, Calif. (AP Photo/Ben Margot, File)