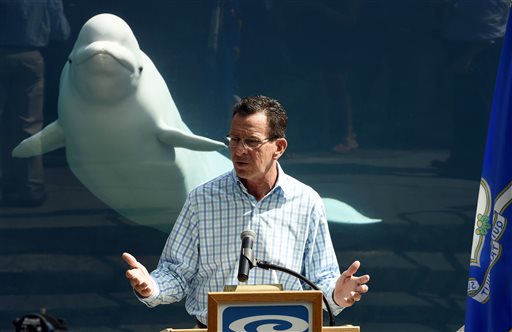 Look who stole the limelight of Connecticut Gov. Dannel P. Malloy’s latest news conference.  Malloy recently found himself upstaged by a beluga whale during a tourism news conference at the Mystic Aquarium.

Malloy was standing in front of the Alaskan Coast exhibit Wednesday touting an increase in summer tourism in Connecticut when a whale named Juno swam over to the glass to watch.

The whale hovered over the governor’s shoulder and pressed its head to the glass as photographers recorded its antics. The whale became an Internet sensation in 2011 after a video surfaced of it interacting with a mariachi band playing for a wedding at the aquarium.