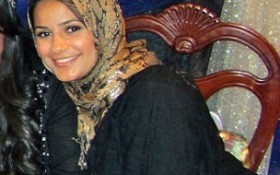 Is this the most outrageous example of our politically correct culture gone mad?

In California, the owners of Urth Caffe in Orange County are facing a lawsuit that could cost them millions accusing them of discrimination against a group of Muslim women.

The only problem — one of the owners is actually a Muslim woman.

According to local station ABC7, Sarah Farsakh “claimed she and her Muslim friends were the victims of discrimination at Urth Caffe. She explained that they were asked to leave after 45 minutes, to free up a table for customers ordering at the counter.”

After they refused to leave, the restaurant’s manager called the police. According to the lawsuit, they were targeted because they were Muslims.

But was it discrimination, or simply this group of women breaking the rules?

“The restaurant’s owner, Shallom Berkman, said last week that his wife is Muslim, and he strongly denied any discrimination. He said the restaurant enforces [a] 45-minute seating limit — especially on the patio — to keep things ‘fair’ for all patrons,” NBC Los Angeles reported.

“Everybody wants an outside seat. We have this policy to make things fair and accommodate everyone who wants to enjoy Urth Caffe,” Berkman told ABC7 in a recent interview.

According to LA Magazine, Berkman’s wife “Jilla was born in Kurdistan and raised in Tehran,” and during the Iranian revolution, she was abandoned by her husband with their baby.

“Authorities seized their house and cars and froze her bank account; eventually she and her three-year-old daughter managed to escape by horseback over the Zagros Mountains into Turkey,” before eventually arriving in America and marrying Berkman.

Supporters say that is not exactly the profile you’d expect of someone eager to inflict “pain and suffering” on a group of Muslim women at her cafe.