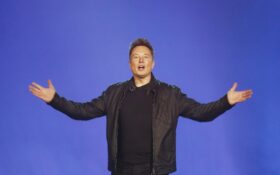 “You’re a public figure. An extremely controversial and powerful one. I get feeling unsafe, but descending into abuse of power + erratically banning journalists only increases the intensity around you,” Ocasio-Cortez tweeted at Musk. “Take a beat and lay off the proto-fascism. Maybe try putting down your phone.”

Last month, Ocasio-Cortez had come out in favor of preserving former President Donald Trump’s lifetime ban from the platform.

“Idk man, last time he was here this platform was used to incite an insurrection, multiple people died, the Vice President of the United States was nearly assassinated, and hundreds were injured,” Ocasio-Cortez tweeted last month.

“I can’t emphasize enough the elegance of Twitter’s policy here. In no way is Twitter suppressing the President’s speech (which they have a right to do as a private platform.) They are instead eliminating the use of their social media tools to help spread it. This is good policy,” Kint tweeted last year.

On Thursday, Kint tweeted a screenshot of the journalists’ suspended accounts. “I don’t know what happened here but if @elonmusk doesn’t fix this within the hour with an explanation by morning, I’ll be on Capitol Hill tomorrow demanding that he be hauled in front of Congress,” Kint said, in a case of obvious hypocrisy.

Trump ultimately saw his account reinstated. However, he has yet to tweet again, perhaps because of a contract with rival platform Truth Social.

Musk, the platform’s new owner, accused these journalists of sharing private information about his whereabouts. On Twitter, he described the location data as “basically assassination coordinates.” Musk faced criticism for exaggerating the risk to his personal safety. After that, Musk himself admitted to accidentally making @ElonJet more popular.

Twitter has changed its rules for all users to prohibit the sharing of another person’s current location without their consent. Musk still wants to allow Twitter users to tweet another person’s past location. For example, Musk has committed to reinstating @ElonJet, as long as @ElonJet delays the location data.

The suspended journalists work for The New York Times, Washington Post, CNN, Voice of America and other publications.

Musk claims to have suspended the journalists for only seven days, and he remains open to reinstating them even earlier.

“7 day suspension for doxxing. Some time away from Twitter is good for the soul,” Musk tweeted. He also tweeted a poll asking whether to reinstate the accounts “now” or “in 7 days.”

Unsuspend accounts who doxxed my exact location in real-time

Several of the reporters suspended Thursday night had been writing about the new policy and Musk’s rationale for imposing it, which involved his allegations about a stalking incident he said affected his family on Tuesday night in Los Angeles. In 20111, Times reporter Ryan Mac reported Musk’s dinner with sex offender Jeffrey Epstein.

The official account for Mastodon, a decentralized social network billed as an alternative to Twitter, was also banned. The reason was unclear, though it had tweeted about the jet tracking account.

“Same doxxing rules apply to ‘journalists’ as to everyone else,” Musk tweeted Thursday. He later added: “Criticizing me all day long is totally fine, but doxxing my real-time location and endangering my family is not.”

Musk alleged, “My plane is actually not trackable without using non-public data.”

The Washington Post’s executive editor, Sally Buzbee, called for technology reporter Drew Harwell’s Twitter account to be reinstated immediately. The suspension “directly undermines Elon Musk’s claim that he intends to run Twitter as a platform dedicated to free speech,” Buzbee wrote. “Harwell was banished without warning, process or explanation, following the publication of his accurate reporting about Musk.”

CNN said in a statement that “the impulsive and unjustified suspension of a number of reporters, including CNN’s Donie O’Sullivan, is concerning but not surprising.”

“Twitter’s increasing instability and volatility should be of incredible concern for everyone who uses Twitter,” CNN’s statement added. “We have asked Twitter for an explanation, and we will reevaluate our relationship based on that response.”

Another suspended journalist, Matt Binder of the technology news outlet Mashable, said he was banned Thursday night immediately after sharing a screenshot that O’Sullivan had posted before his own suspension.

The screenshot showed a statement from the Los Angeles Police Department sent earlier Thursday to multiple media outlets, including The Associated Press, about how it was in touch with Musk’s representatives about the alleged stalking incident, but that no crime report had yet been filed.

“I did not share any location data, as per Twitter’s new terms. Nor did I share any links to ElonJet or other location tracking accounts,” Binder said in an email. “I have been highly critical of Musk but never broke any of Twitter’s listed policies.”

Binder said a message he received while trying to access his Twitter account showed that his suspension was permanent. But Musk later suggested the penalty would last a week in response to a question about his suspension of former ESPN and MSNBC host Keith Olbermann.

Late Thursday, Musk briefly joined a Twitter Spaces conference chat hosted by journalist Kate Notopoulos of Buzzfeed. He reiterated his claims that the journalists Twitter banned were “doxxing” him when they were reporting on the jet tracking accounts being banned.

“There is not special treatment for journalists,” Musk said, after being asked by the Post’s Drew Harwell if he had a connection between the stalking incident and posting of real-time information.

“You dox, you get suspended, end of story,” he added, before abruptly signing out.

Musk has criticized the suspended parties for overreacting. “One day of Twitter suspension ≠ death,” he tweeted.

I really, really don't know where Musk is. But I know where he was. Ryan Mac, one of the journalists Musk unpersoned tonight, shares the byline on this 2011 story. https://t.co/VjqLSIZNAQ