MTV star throws himself off bridge - The Horn News 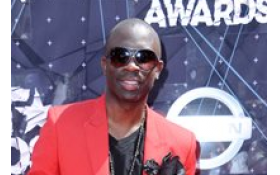 London-born TV actor Sam Sarpong, host of MTV’s 2006 show “Yo Momma,” has died in Southern California after jumping to his death from a bridge.

Sarpong, who was 40, died Monday afternoon in Pasadena, where he lived.

The Los Angeles County coroner’s office says the case is being investigated as a possible suicide. But the official cause of death must await results of toxicology testing.

Pasadena police say a 40-year-old man jumped from the Colorado Street Bridge following seven hours of attempts to talk him down.

Sarpong had a series of small roles in movies and TV shows, including “Bones” and “Boston Public.”

He also modeled for Tommy Hilfiger and other fashion brands.

He is survived by his father and his sister June Sarpong, an English TV presenter.