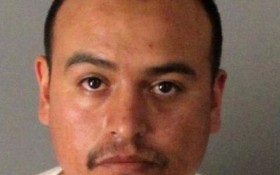 A decade-long social media campaign by the vigilant mother of a fatal car-to-car shooting victim helped lead to the arrest of the remaining suspect in the 2006 killing, California authorities said Wednesday.

William Sotelo is behind bars in the city of Riverside after being arrested Friday in central Mexico, police said. The 28-year-old gang member is accused of driving the car from which bullets were fired that killed Crystal Theobald on Feb. 24, 2006.

She set up fake MySpace pages and eventually began communicating with Sotelo, which led to detectives bringing him in for a voluntary interview in 2006.

Sotelo provided information that moved along the investigation, but police didn’t have enough evidence to detain him at the time, Dinco said. He disappeared almost immediately.

The grieving mother kept up her posts on Facebook, and in 2014, she received a tip that said Sotelo was in Mexico. She forwarded the information to detectives, who worked with the FBI and Mexican authorities to track him down.

“The extent to which she kept up her efforts to bring this person to justice, it’s impressive,” Dinco said. “It just goes to show the love she has for her daughter.”

Lane said she breathed a huge sigh of relief Saturday when she learned the suspect — who had been a fugitive since charges were filed in 2007 — was caught.

“My sister gave me a mother-child statue and I wrote a message on the statue promising her that if it took my last breath I was going to get him and give her justice so she could rest in peace,” Lane told the Riverside Press-Enterprise. “Friday I was able to fulfill that promise and that’s everything I could ask for.”

Sotelo — who was 17 at the time but was charged as an adult — faces counts including murder and attempted murder. Dinco didn’t know if he has a lawyer.

Sotelo and several others had been driving around in two vehicles, seeking to avenge a shooting from earlier that day. Investigators said it’s possible they mistook the car Theobald was in for one belonging to a rival gang, according to Dinco.

Also in the car with Theobald were her boyfriend, who was shot in the abdomen, and her brother, who was not hurt.

The man convicted of pulling the trigger, Julio Heredia, was sentenced to life in prison without parole in 2011. Ten other defendants have pleaded guilty to an array of charges, from witness intimidation to attempted murder to gun and gang charges.