Morons continue fight against “offensive” names, turn sights on… WHAT!? - The Horn News 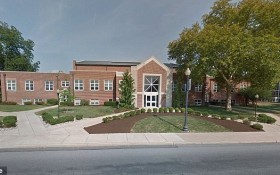 Students at a small Pennsylvania college are demanding that administrators rename a building called “Lynch Memorial Hall” because of the racial overtones of the word “lynch.”

The building is named after Clyde A. Lynch, who was president of Lebanon Valley College from 1932 until his death in 1950.

Students want school officials to either rename the building entirely or add Lynch’s first name and middle initial, saying the word recalls the public executions of black men by white mobs in the late 1800s and early 1900s.

It was included on a list of demands that students presented to the school on Friday. Other demands include a more diverse curriculum, more sensitivity training for staff and regular surveys of the racial climate on campus.

School spokesman Marty Parkes said Tuesday that President Lewis Thayne is considering all of the demands and will address them at a forum next month.

Calling Lynch a “very important figure” in the history of the college, Parkes said officials want to avoid “doing anything that would denigrate his memory or his legacy here.”

The school’s website says Lynch led the college through the Great Depression and World War II and raised $550,000 for a new physical education building. The building that bears his name houses several academic departments.

The controversy over the name was first reported by Pennlive.com.