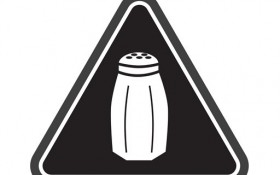 Pass the pepper and the warning label.

New York City is beginning a new era in nutritional warnings this week: Chain restaurants will have to start putting a special symbol on highly salty dishes.

The rule requires a salt-shaker emblem on menu items that top the recommended daily limit of 2,300 milligrams of sodium. That’s about a teaspoon.

The rule takes effect Tuesday but chains have until March to update their menus before receiving a $200 fine.

Public advocates cheer the measure. Experts say most Americans consume too much salt, raising their risks of high blood pressure and heart problems.