The moon will pull off a "triple threat" this week (amazing!) - The Horn News 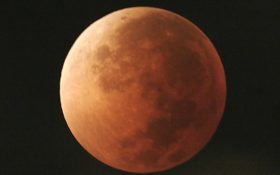 The moon is providing a rare triple treat this week.

On Wednesday, much of the world will get to see not only a blue moon and a super moon, but also a total lunar eclipse, all rolled into one. There hasn’t been a triple lineup like this since 1982, and the next won’t occur until 2037. The eclipse will be visible best in the western half of the U.S. and Canada before the moon sets early Wednesday, and across the Pacific into Asia as the moon rises Wednesday night.

A blue moon is the second full moon in a month. A super moon is a particularly close full or new moon. A full lunar eclipse — or blood moon — has the moon completely bathed in Earth’s shadow.