Monica Lewinsky "wins the internet" with 8 words - The Horn News 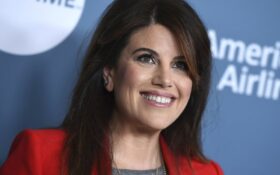 She made fun of her affair with the former president, and by sunset she was trending after she responded to a joke from a fellow Twitter user.

The user tweeted “I have a Charles Manson joke and it kills.”

She one-upped the quip with one of her own.

“I have an intern joke and it… nevermind,” she responded.

i have an intern joke and it… nevermind. https://t.co/SCHRGYVIJV

Lewinsky and Clinton had an affair during their time in the White House. The scandal caused an impeachment trial of Clinton after he lied under oath and denied cheating on his wife.

According to Guardian, Lewinsky has developed a sense of humor about what was perhaps one of the most scandalous events in U.S. political history.

Her joke isn’t far removed from Clinton’s most recent comments on the affair, in which he said that the tryst was to manage his “anxieties.”

“It’s not a defense,” Clinton said in March, “it’s an explanation. It was awful. I feel terrible.”

Responses to the viral tweet ranged from support to shame.

Bestselling author Cheryl Strayed simply said, “You are so good.”

But not everyone celebrated the laughter.

“I’m sorry but 22 is not a teenager. You both knew what you were doing was wrong. The only person I felt for was Hilary.”

Another user named @kiwispillow called for compassion and understanding.

“It was a joke. She’s certainly earned the right to joke about something that happened to her, especially given that she’s had to live through decades of people treating her like a joke.”