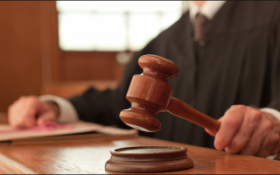 An appeals court Wednesday upheld Mississippi’s method of lethal injection, rejecting arguments from death row inmates who opposed the state’s plan to use drugs not specifically approved by state law.

It wasn’t immediately clear if Attorney General Jim Hood would seek to set execution dates for prisoners who have exhausted their appeals. A spokeswoman didn’t immediately respond to a request for comment.

The opinion by Circuit Judge Jennifer Walker Elrod rejected arguments by death row prisoners that Mississippi can’t execute them because the state no longer will be using the particular class of drugs required by state law.

Mississippi law requires a three-drug process, with an “ultra-short-acting barbiturate” followed by a paralyzing agent and a drug that stops an inmate’s heart. Through late 2010, Mississippi and all other states used sodium thiopental as the barbiturate, according to records maintained by the Death Penalty Information Center.

After a manufacturer stopped selling it for executions, Mississippi used a centrally manufactured version of pentobarbital, called Nembutal, in eight executions in 2011 and 2012. But Nembutal’s manufacturer also cut off use in executions.

Mississippi then bought pentobarbital mixed to order by a pharmacist. In legal papers, the state said it destroyed that supply and now intends to use another sedative, midazolam.

Elrod and two other circuit judges ruled that despite Mississippi’s law, prisoners don’t have a right to be executed using a particular drug.

“Mississippi’s statutory requirements and the associated lethal injection protocol are not ‘atypical … in relation to the ordinary’ in comparison with other states’ execution protocols,” Elrod wrote, noting the U.S. Supreme Court recently upheld as constitutional Oklahoma’s plan to use the drugs that Mississippi now plans to use.

Elrod also rejected arguments that Mississippi’s execution protocols are so egregious as to “shock the conscience” because prisoners might remain awake for a period of time. Prisoners claimed they faced risk of excruciating pain and torture during an execution, and that such pain violates the U.S. Constitution’s Eighth Amendment prohibition against cruel and unusual punishment.

The appeals court sent the case back to Wingate for further action.

“The Fifth Circuit’s ruling affirms my belief that the state is legally and properly administering the death penalty,” Gov. Phil Bryant said in a statement.

Jim Craig, a lawyer representing the prisoners, said the ruling is “disappointing,” but said he expects to ask Wingate for another preliminary injunction on other grounds. He said there’s more evidence now than in August that use of the new drugs will be problematic.

Since the court overruled only a preliminary injunction, Wingate could also still decide the case in favor of the prisoners. A trial is set for August.