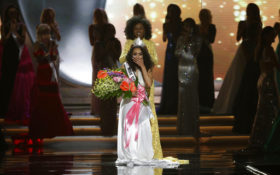 Kara McCullough is an accomplished woman. Sunday, the 25-years-old scientist from Washington, D.C. was crowned Miss USA at the Mandalay Bay Convention Center in Las Vegas.

But it’s not her intelligence nor her beauty the media is focused on. 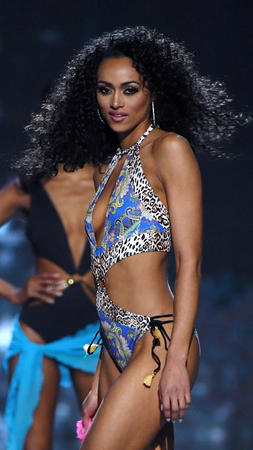 McCullough broke the mold and gave non-liberal answers to the beauty pageant’s questions — and it left liberals very, very upset.

During the pageant’s question-and-answer round, McCullough slammed Obamacare by calling healthcare a “privilege” for U.S. citizens, not a right.

“As a government employee, I’m granted healthcare and I see firsthand that for one to have healthcare, you need to have jobs,” McCullough said. She is currently employed as a chemist at the U.S. Nuclear Regulatory Commission.

Later in the competition, the top three finalists were asked to explain what they consider feminism to be and whether they consider themselves feminists. McCollough said she likes to “transpose” the word feminism to “equalism.”

“I don’t want to call myself a feminist,” McCollough told the judges. “Women, we are just as equal as men, especially in the workplace.”

On social media, Twitter erupted in a firestorm of liberal anger over her comments.

DC just disqualified herself with that answer #MissUSA

The backlash against McCullough, an accomplished woman of color, gives a glimpse into the nastiness of liberal’s so-called “tolerance.”

In response, conservatives rushed to her defense.

Miss USA is a wonderful role model! Leave it to the nasty, sneering left to attack her b/c she doesn't fit their narrative. @foxandfriends pic.twitter.com/CFmVdivTke

Of course, McCullough quickly — and gracefully — rose above the controversy.

“I’m extremely thankful for this opportunity,” McCullough said after her win. “I just want to encourage so many women nationwide to find their passion in any subject possible and understand that nothing is difficult if you really, truly put the work in for it.”

Fifty-one women representing each state and the nation’s capital participated in the decades-old competition.

McCullough was born in Naples, Italy, and raised in Virginia Beach, Virginia. She said she wants to inspire children to pursue careers in the fields of science, technology, engineering and mathematics. 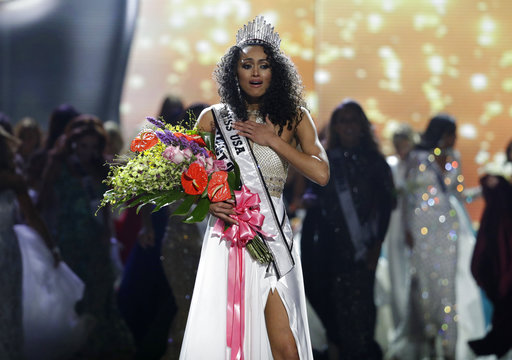 Miss District of Columbia USA Kara McCullough reacts after she was crowned the new Miss USA during the Miss USA contest Sunday, May 14, 2017.

Comment “#MissUSA Amen!” below if YOU support Kara McCullough