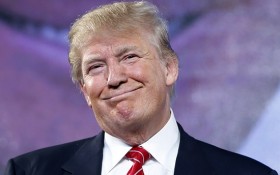 A new report from a public opinion polling firm should have presidential candidate Donald Trump’s GOP challengers shaking in their boots.

Because it seems to prove that Trump’s support — and his lead among the Republican field — may be greater than previous polls have indicated. And he may have millions of “secret” supporters who are not being counted in national surveys.

The study from Morning Consult, a Washington, DC-based polling firm, found that some Trump supporters are still reluctant to admit in phone interviews that they’re supporting the bombastic billionaire, even though they intend to vote for him.

But when polls were conducted online, and responses were anonymous, Trump’s support rose by as much as 6 percent.

“It probably means [his support is] understated when you go into the sanctity of a secret ballot,” said Ken Goldstein, Bloomberg polling analyst.

The phenomenon of some voters not wanting to defend why they support Trump may explain why Trump has consistently fared better in online polls than in-person phone interviews.

And if Trump’s support is indeed significantly higher than previous polls have reported, the presidential race may be quickly slipping away for rival Republican candidates.