Millennials trusting robots to invest their money - The Horn News 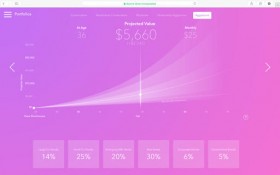 Computers help us decide what route to take to the grocery store, who to date, and what music to listen to. Why shouldn’t they also decide how we invest?

Younger investors, particularly those born in the early 1980s to late 1990s known as millennials, are increasingly adopting apps and what are known as robo-advisers to make their retirement decisions for them. In the last year Betterment, Wealthfront, Acorns and others have brought in several billions of dollars in assets that used to be handled by traditional brokerages or wealth advisers.

In Betterment’s case, the largest of the robo-advisers, the company went from $1.1 billion in assets under management at the beginning of last year to $3.5 billion this year.

“In terms of the overall wealth management market, robo-advisers are tiny, a drop in the bucket. But their disruption potential to traditional wealth advising is massive,” said Alois Pirker, research director at the Aite Group, which studies wealth management trends.

Robo-advisers are brokerages that use computers instead of a traditional wealth adviser to allocate customer funds across various types of investments, similar to the way popular funds targeted at specific retirement dates allocate investments. The money goes into low-cost exchange-traded funds that own stocks and bonds. The system automatically adjusts the mix as the person ages or if their goals change.

Cruttenden helped launch Acorns, an app-based investing company, in 2014. Customers choose from five portfolios that range in approach from conservative to aggressive and Acorns invests in a series of ETFs that matches their investment style.

Acorns also helps customers squirrel away savings by rounding each purchase a customer makes with their linked credit or debit card to the nearest dollar and investing the change. So if you buy a $4.25 latte at Starbucks, Acorns takes the 75 cents and put it into your investment account. Cruttenden says Acorn customers set aside $40 to $60 a month on average this way.

Computers are usually cheaper than people, so robo-advisers have been able to attract customers both with their simple interfaces and relatively low fees, Pirker says.

“These portfolios are priced at a fraction of a traditional wealth adviser,” he said.

This does not include the fees charged by the ETFs that the customer’s money is eventually invested in.

Still, wealth advisers, by contrast, typically charge 1 percent to 1.2 percent of assets to manage a portfolio, on top of fund fees.

“Wealth managers are going to have to figure out what value they are bringing to keep customers. Simple portfolio planning is not enough anymore,” Pirker said.

On the other hand, investors who want to do everything themselves can open an account at a discount brokerage like Charles Schwab or Fidelity and pay only the fund fees, which for some big exchange traded index funds can be just 0.05 percent.

The majority of Betterment’s customers are millennials, said company spokesman Joe Ziemer, but the older set is buying in too. About 30 percent of the company’s clients are over the age of 50.

Acorn has a similar demographic profile. Three-fourths of its customers are under 34. Cruttenden says the company advertises heavily on Facebook.

“We are very proud whenever someone wakes up one morning and decides to open an account who didn’t plan on investing,” he said.

Traditional wealth management isn’t going anywhere anytime soon. Pirker estimates the amount of assets managed by robo-advisers to be roughly $40 billion to $60 billion. By comparison, Vanguard’s total market fund has $385 billion by itself, and the wealth management market is measured in the trillions.

While growing in popularity, robo-advisers are not suitable for everyone. Because the portfolios are managed by computers, investors are at the mercy of the algorithms that created them. Because they are new, these algorithms have not been tested in a recession or a severely stressed market like the one seen during the financial crisis.