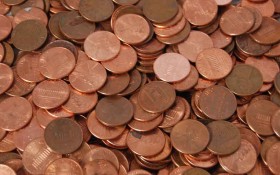 Talk about some loose change.

Instead of accepting the change, the ethics commission doubled the fine for Hialeah Mayor Carlos Hernandez, saying he intentionally broke the rules because he knew the panel only accepted checks. And now the Miami-Dade Commission on Ethics and Public Trust is suing the mayor.

The commission ruled in July that Hernandez lied about interest rates on a $180,000 loan to a jewelry salesman now jailed for a pyramid scheme.

The El Nuevo Herald reports that Hernandez has called complaints against him a “political circus” and described commission members as “clowns.”