Megyn Kelly is BACK (bombshell interview) - The Horn News 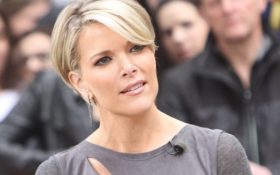 Former NBC News star Megyn Kelly is back in a big way — and she’s going after the mainstream media with her latest bombshell interview.

Bianco worked as a producer on ABC News’ “Good Morning America” until last month, when she moved to CBS News. She was fired on Thursday by CBS for being the suspected leaker, reportedly as a favor to ABC News executives.

Bianco told Kelly she wasn’t the leaker, and has been falsely accused. Project Veritas, who shared the tape of Robach, also denies Bianco is the leaker.

“Did you leak the tape?” Kelly asks to start the face-to-face.

“I did not,” Bianco says flatly.

“Not to anyone, at any time?” Kelly asks.

Bianco says she saved the clip in an internal system but wasn’t behind the clip finding it’s way to Project Veritas. She said Robach’s comments were well known within ABC News, and her comments “freaked out” everyone in the newsroom.

Bianco said her “clip” of the footage was something she did frequently. ABC insiders told The New York Post they were surprised Bianco was accused as the leaker.

Kelly’s interview with the tearful Bianco can be seen here —

Kelly officially launched her return to news three days ago but said she will not be returning to Fox News.