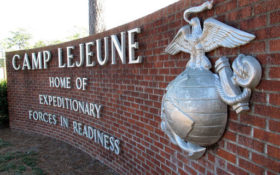 After years of waiting, veterans who had been exposed to contaminated drinking water while assigned to Camp Lejeune in North Carolina may now be able to receive a portion of government disability benefits totaling more than $2 billion.

Beginning in March, the cash payouts from the Department of Veterans Affairs may supplement VA health care already being provided to eligible veterans stationed at the Marine base for at least 30 days cumulative between Aug. 1, 1953, and Dec. 31, 1987. Veterans will have to submit evidence of their diagnosis and service information.

Outgoing VA Secretary Bob McDonald determined that there was “sufficient scientific and medical evidence” to establish a connection between exposure to the contaminated water and eight medical conditions for purposes of awarding disability compensation.

The estimated taxpayer cost is $2.2 billion over a five-year period. The VA estimates that as many as 900,000 service members were potentially exposed to the tainted water.

“This is good news,” said retired Marine Master Sgt. Jerry Ensminger, whose daughter Janey was born in 1976 while he was stationed at Lejeune. Janey died from leukemia at age 9. Ensminger now heads a veterans group, The Few, The Proud, The Forgotten, which advocates for those seeking disability compensation.

“This has been a hard, long slog,” said Ensminger, who says the government must go further in covering additional diseases. “This is not the end of the issue.”

Documents uncovered by veterans groups over the years suggest Marine leaders were slow to respond when tests first found evidence of contaminated ground water at Camp Lejeune in the early 1980s. Some drinking water wells were closed in 1984 and 1985, after further testing confirmed contamination from leaking fuel tanks and an off-base dry cleaner. The Marine Corps has said the contamination was unintentional, occurring when federal law didn’t limit toxins in drinking water.

Spurred by Ensminger’s case, Congress in 2012 passed a bill signed into law by President Barack Obama extending free VA medical care to affected veterans and their families. But veterans were not automatically provided disability aid or survivor benefits. The issue has prompted lawsuits by veterans organizations, which note that military personnel in Camp Lejeune housing “drank, cooked and bathed” in contaminated water for years.

“Expanded coverage is making progress, but we also need to know whether the government may be purposefully leaving people out,” said Rick Weidman, executive director of Vietnam Veterans of America.

Affected veterans who were stationed at Camp Lejeune may now submit applications for benefits. Roughly 1,400 disability claims related to Lejeune are already pending, and will be reviewed immediately, according to the VA.