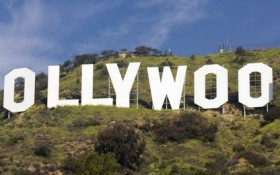 A man who killed and dismembered his boyfriend, leaving the head near the Hollywood sign, has been sentenced to 25 years to life in prison.

City News Service says 40-year-old Gabriel Campos-Martinez was sentenced Monday by a judge who urged him to explain why he committed the murder. Campos-Martinez earlier declined to make a statement.

Authorities say Campos-Martinez lived with Hervey Medellin before he strangled the retired airline ticketing agent in December of 2011.

Medellin’s head and other body parts were scattered near a hiking trail in Griffith Park near the Hollywood sign. A dog being walked found the head a month after the killing. Authorities later found hands and feet.