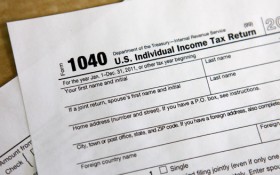 A Missouri man has been charged with advertising on Craigslist for the identities of children he could claim as dependents on his taxes.

The U.S. attorney’s office says 37-year-old Raheem McClain, of Ozark, was charged in a three-count indictment that was unsealed Tuesday. The indictment alleges that he was behind a January 2015 Craigslist posting that said: “If you have some kids you aren’t claiming, I will pay you $750 each to claim them on my income tax.”

He is accused of filing in February 2015 false returns for 2012, 2013 and 2014 in which he listed three purported dependents. Prosecutors say there was inconsistency in whether the children were identified as sons or daughters.

His public defender didn’t immediately return a phone message from The Associated Press.