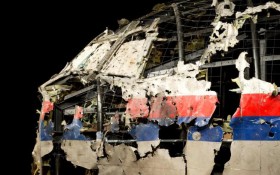 Dutch investigators have just released their finding that Malaysia Airlines Flight 17 (MH17) was indeed downed by a Russian surface-to-air missile as it was flying over the Ukraine last year — something that Russia has long denied.

The investigators also concluded that the Russian-made missile was fired from Snizhne, a village that was under Russian rebel control. An Associated Press reporter saw a Buk missile system in that vicinity on the same day. While the investigators concluded that the plane shouldn’t have been flying over the area, given the escalating conflict, they said “nobody gave any thought” to the risk that Russian-backed troops would open fire. They Dutch investigation have previously confirmed the anti-aircraft battery the missile was fired from was also Russian.

Safety Board chairman Tjibbe Joustra said the 15-month investigation found the warhead that was used on a Buk surface-to-air missile system was also Russian in origin.

Some of the nose, cockpit and business class of the Boeing 777 were rebuilt from fragments of the aircraft recovered from the crash scene and flown to Gilze-Rijen air base in southern Netherlands. 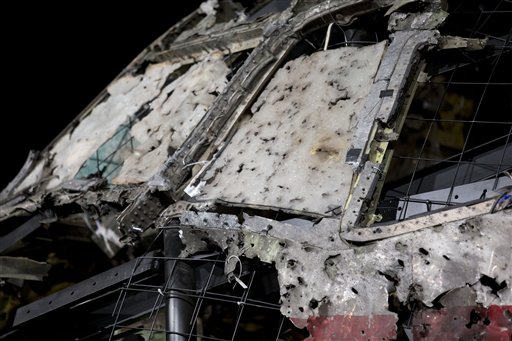 A group of journalists fell silent as the reassembled wreckage, much of it twisted and riddled with holes, was presented.

Rob Fredriksz, whose son Bryce was killed when MH17 was shot down, says he was relieved to hear that those on board the stricken plane likely died almost instantly.

He says the key findings presented to families were, “That it was a Buk missile, made in Russia. That was clearly indicated. That Ukraine should have closed the air space and that the passengers absolutely felt and knew nothing.”

He says some family members became emotional when they were shown an animation portraying the downing of the plane.

Robby Oehlers, whose cousin Daisy was among those killed when the Boeing 777 was shot down, said it was “as quiet as a mouse” as Dutch Safety Board chairman Tjibbe Joustra explained the conclusions to the families.

A video of the breakdown is below: