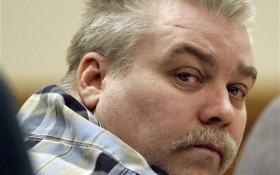 A convicted Wisconsin killer who is the subject of the Netflix series “Making a Murderer” filed a wide-ranging appeal claiming authorities used an improper warrant and that a juror was out to get him, among other things.

Steven Avery, who’s seeking to be released on bond, was convicted of first-degree intentional homicide in the death of photographer Teresa Halbach a decade ago. Avery had been wrongfully convicted years earlier in a rape case and served 18 years in prison. He had sued Manitowoc County for tens of millions before he and his nephew, Brendan Dassey, were arrested in Halbach’s death.

The appeal, filed Monday in an appeals court in Madison, bears Avery’s signature and contains numerous spelling and grammar errors. His new attorney’s name doesn’t appear on it.

Manitowoc County Sheriff Robert Hermann said Tuesday he hasn’t seen the appeal, but he has said in the past that the investigation was proper.

The filmmakers behind “Making a Murder” cast doubt on the legal process used to convict Avery and Dassey, and their work has sparked national interest and conjecture. Armchair investigators have flooded Twitter and message boards, and key players in the case have appeared on national news and talk shows.

Authorities involved in the case have called the 10-hour series biased. Filmmakers Laura Ricciardi and Moira Demos, meanwhile, have stood by their work.

In the filing, Avery takes issue with a search conducted during the murder investigation, saying it improperly included multiple properties and therefore any evidence that was uncovered “is clearly ‘FRUIT OF THE POISONOUS TREE.'” The appeal also says that a juror tainted other jurors “THROUGH DIRECT OR INDIRECT INFLUENCE,” stating numerous times that Avery “IS F—— GUILTY.”

He also said Judge Angela W. Sutkiewicz made misleading statements and that his lawyers were ineffective.