The “Magna Carta” of baseball sells for MILLIONS - The Horn News 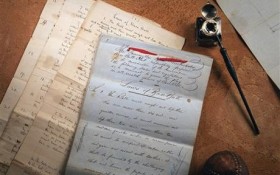 Documents that baseball historians have called the Magna Carta of the game have sold at auction for nearly $3.3 million.

SCP auctions says the 1857 papers called the “Laws of Baseball” sold early Sunday to an anonymous buyer after more than two weeks of bidding.

The auction house had predicted prior to the auction’s April 7 start that they could sell for more than $1 million.

The anonymous seller hadn’t realized the value of the papers he purchased in Texas for $12,000 in 1999. It was only when the auction house appraised them that their significance became clear.

The documents thoroughly change the early history of baseball, making Daniel Lucius “Doc” Adams the proper father of the modern game, and putting its birth date three years earlier than had been expected.