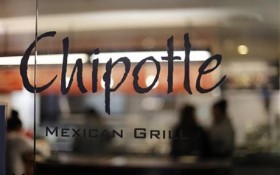 A Chipotle store in Massachusetts was closed Wednesday after the local health board said an employee there tested positive for norovirus.

Richard Berube, director for the health board in Billerica, Massachusetts, said his agency confirmed one case of norovirus, and found two other suspected cases. Chipotle first closed the store Tuesday at the board’s suggestion, and is scheduled to reopen Thursday, he said.

None of the sick employees came in to work, but the store was closed as a precautionary measure, Berube said.

Chipotle is already fighting to win back customers following a rash of incidents in which customers were sickened around the country. Chipotle Mexican Grill Inc. has said it’s instituting a number of food safety procedures to ensure customer safety. That includes reminding workers they have three paid sick days a year, and that they should stay home if they’re not feeling well.

Four employees reported feeling ill at the store in Billerica, Chipotle said. It said none of them worked while they were sick and that no customer illnesses have been connected with the restaurant, according to the Denver chain. It said the store was nevertheless closed for a “full sanitation.”

The norovirus was reported by the health facility to the state health department, Berube said, which then notified the town board of health.

While closing restaurants due to illnesses is rare, Berube believes there are “other cases here and there that fly below the radar.”

According to the Centers for Disease Control and Prevention, norovirus is very contagious and the most common cause of foodborne outbreaks in the United States. It says infected workers are frequently the source of outbreaks, and that the virus causes 19 to 21 million illnesses a year.

During a national meeting for workers in February, Chipotle reminded employees that two of the company’s four recent food scares were the result of norovirus.

“If you’re feeling sick, especially if you’ve vomited, whether at work or at home, you need to let your manager or your field leader know right away,” co-CEO Monty Moran said during the webcast.

Employees were told to watch for symptoms such as nausea, vomiting, explosive diarrhea, yellowing of the skin and eyes and dark urine.