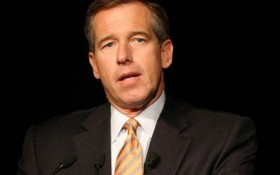 Former NBC News anchor Brian Williams, ousted for lying and making up stories, has a new job.  He will return to the air on Sept. 22 as part of MSNBC’s coverage of Pope Francis’ visit to the United States.

MSNBC is consistently the lowest rated news network, and Williams is starting at a humble position there that won’t be during prime time.

The network pinpointed the date of Williams’ return Thursday. It had been looking toward coverage of the pope’s visit as the place to start the anchor in his new post – covering breaking news stories during MSNBC’s daylight hours.

Williams lost his job as anchor of NBC’s “Nightly News” and was suspended for six months after a pattern emerged that he had lied about his role covering certain news stories. Lester Holt has taken over at “Nightly News” and maintained NBC’s lead in the evening news ratings competition.