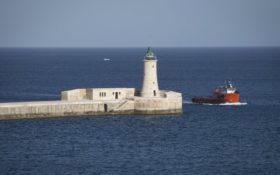 From Malta to Minneapolis, here’s a look at some destinations around the world that will be making news in 2018. They include designated culture capitals, places hosting sporting events and even a couple of cities — San Antonio, Texas, and New Orleans — celebrating their 300th birthdays.

Minneapolis hosts the Super Bowl on Feb. 4 in Minneapolis. The city is encouraging visitors to embrace winter with 10 days of “Bold North” events and activities leading up to the big game. On the other side of the world, the snowy mountains of Pyeongchang, South Korea, host the Winter Olympic Games, Feb. 9-25.

Eleven cities in Russia — including Moscow and Sochi — host the FIFA World Cup, June 14-July 15. The dates coincide with St. Petersburg’s “white nights,” the summer solstice season when city skies never get completely dark. FIFA reports strong ticket sales from the United States even though the U.S. national team failed to qualify for the games. Host cities include lesser-known gems like Nizhny Novgorod and Kazan, while Yekaterinburg is a good jumping-off point for an adventure in Siberia.

Two American cities mark tri-centennials in 2018. San Antonio plans a commemoration week in May, a “Summer of Spain” marketplace highlighting Spanish food, art and culture, Day of the Dead events Oct. 29-30 and a Witte Museum exhibition about the city’s frontier history under the flags of many countries. The exhibit will include the keys to the Alamo and Davy Crockett’s fiddle.

In New Orleans, tricentennial events include the Prospect.4 art exhibition, which is already underway; a blow-out Mardi Gras, Feb. 13, with the Krewe of Rex procession themed on New Orleans’ history; various spring festivals; Luna Fete next December; and a New Orleans Museum of Art exhibition showcasing works by Raphael, Titian, Rembrandt and others from the Duke of Orleans’ collection.

Despite the recent car bomb murder of an investigative journalist in Malta, the island is on many “where to go” lists for 2018. Its capital, Valletta, is one of Europe’s 2018 capitals of culture and a UNESCO World Heritage Site with 7,000 years of history. Attractions include festivals, nightlife, ancient stone architecture, a rollicking Carnival in February and other festivals, plus World War II history, including scuba diving to wartime wrecks.

The other European capital of culture for 2018 is Leeuwarden in the Netherlands’ province of Friesland. Cultural extravaganzas include an Aug. 31-Sept. 1 event expanding an annual marathon across 23 villages with music, art, theater and unusual pop-up hotels.

Mexico City has been designated the sixth World Design Capital and the first city in the Americas to receive the title. It’s being recognized for sustainable design-led initiatives like bike-sharing, urban gardens, parks and playgrounds. Events will include exhibits, conferences and installations.

FROM ENGLAND TO ETHIOPIA

Elsewhere around the world, destinations on the travel industry’s radar for 2018 range from England to Ethiopia.

England is suddenly a pop culture darling. Fans of the Netflix series “The Crown” can visit one of Queen Elizabeth’s favorite places, Sandringham House, April-November, while those intrigued by the May 2018 wedding of American actress Meghan Markle to Prince Harry can tour their wedding site, Windsor Castle. Oscar-watchers interested in “The Darkest Hour,” starring Gary Oldman as Prime Minister Winston Churchill during World War II, should visit the Churchill War Rooms museum in London. Also to keep in mind: The Lake District was just named a UNESCO World Heritage site. Visits by Americans to England were up 31 percent January-June 2017 compared with the same period in 2016, thanks in part to the U.S. dollar’s strength against the British pound.

Concerns about terror attacks and unrest have dampened travel to Egypt, Turkey and other destinations in North Africa and the Middle East. But that’s prompted interest in places in the region that are perceived as safe and just as compelling culturally, including Morocco and Jordan. In Africa, Ethiopia also popped up on a couple of where-to-go lists. Its magical attractions include the churches in Lalibela, carved from soft stone and dating to the 12th century.

U.S. visitors to Japan increased 10 percent January-October 2017 compared with the same period in 2016, and the upward trend is expected to continue as Japan pushes tourism ahead of the 2020 Summer Olympics. Where-to-go lists are highlighting not just Tokyo but also places like Sapporo and the Kii Peninsula, honored as a UNESCO World Heritage site for its pilgrimage routes and sacred mountains.

These days, many well-traveled millennials have already hopscotched around Western Europe by the time they’re done with college, so it makes sense that they’re turning to Asia for spring breaks and backpacking trips with stops in Thailand, Vietnam, Cambodia, China, India and Singapore. The youth-oriented travel company StudentUniverse says bookings for 18- to 25-year-old U.S. passport holders to Asia from the U.S. have risen more than 700 percent since 2014. And many of those travelers stay in Asia three weeks or more.

Another area that’s starting to intrigue travelers as they expand bucket lists beyond familiar destinations is Central Asia, which includes the countries of Kazakhstan, Uzbekistan and others with names ending in “-stan.” The country of Georgia also turns up on several where-to-go-in-2018 lists. Geographically it’s considered part of Asia but culturally it’s more Eastern European.