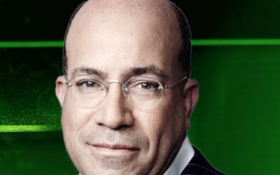 CNN has been exposed once again.

A conservative activist group, Project Veritas, went behind enemy lines to uncover the bias behind the so-called “most trusted name in news” — and for months gained access to, and recorded, CNN’s 9 a.m. private calls. On Tuesday, Project Veritas released the tapes to the public.

The calls offer raw insight into just how the CNN sausage is made.

Zucker can be heard saying: “This is a president who knows he’s losing, who knows he’s in trouble, is sick, maybe is on the aftereffects of steroids or not. I don’t know. But he is acting erratically and desperately, and we need to not normalize that.”

“I think that we cannot just let it be normalized.”

It seemed that leading conservative voices and top GOP officials were fair game, too.

“… I think it’s unavoidable that you have to talk about the naked racism of Tucker Carlson,” Vigilante said. “Because that’s really what drove this anti-diversity push, you know, Trump watches Tucker Carlson’s show and then reacts. And just as sort of the white supremacy hour they have on Fox News every night, I think it’s the… you can’t disconnect the two.”

Even Sen. Lindsey Graham, R-S.C., got caught in the crossfire.

Noting that the CNN headlines may have been being too nice to Republican voices, Zucker added that the network should be bashing the South Carolina senator more harshly.

“Frankly, if we’ve made any mistake, it’s been that our banners have been too polite, and we need to go well after Lindsey Graham.”

Take a listen for yourself below: