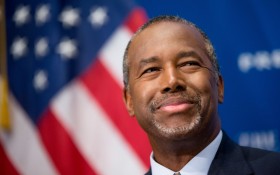 The Washington Post, the Wall Street Journal and CNN ran scathing articles over the past week questioning the accuracy of Dr. Ben Carson’s life story, leading to accusations that the Republican presidential front-runner fabricated events.

But this week the Carson campaign is striking back, catching the media in their lies with confirmation of two stories that had been called into question. 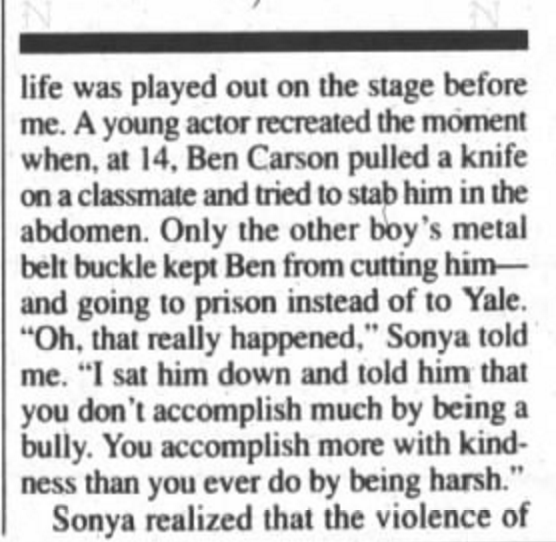 One of the stories reporters had said they couldn’t corroborate was Carson’s description of himself as a violent youth who once tried to stab a classmate. But Carson’s campaign easily produced a Parade Magazine interview from 1997 where Carson’s mother recounts the incident that the Washington Post and CNN had questioned.

Friday, the Wall Street Journal called into question the story Carson told of a Yale hoax that led him to take a test to prove his honesty. Two days later, Buzzfeed announced that a Yale student had come forward, saying he remembers the hoax and Carson being in that class.

The retired neurosurgeon said Sunday that questions about discrepancies in his autobiography are distractions from “much more important” matters facing the country and that he’d discuss any “real” scandal uncovered about his past. He strongly disputed any dishonesty or wrongdoing.

“Every single day, every other day or every week, you know, they’re going to come out with, ‘Well, you said this when you were 13,’ ” Carson said on CBS’ “Face the Nation” Sunday.

The intensified questioning reflects Carson’s transformation from political outsider to the top of the polls in the unsettled nomination fight, fighting neck and neck with billionaire developer Donald Trump. And in early-voting Iowa, some polls show Carson leading.

Republican Party chairman Reince Priebus criticized the intense questioning Monday, saying that while he considers candidate vetting by the media appropriate, “I do believe this is a totally, crazy obsession over incredible detail from 30 or 40 years ago.”

In tonight’s GOP debate, Carson would be well within his rights to voice his frustration with the liberal bias of the mainstream media and how it has affected him personally. A similar, spirited attack on the media won fellow candidate Ted Cruz points with the public in the previous Republican debate.