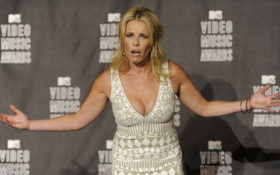 Liberal comedian Chelsea Handler is known for speaking her mind–and more often than not, it gets her into trouble.

As California wildfires erupted, and residents were evacuated, Handler had only one thing in mind–this was President Donald Trump’s fault!

Hate to break it to her, but that’s so wrong!

On Wednesday, Handler was forced to flee her home in Los Angeles and naturally, all she cared about was tweeting about it….rather than pack her things, get to safety, etc.

Just evacuated my house. It’s like Donald Trump is setting the world on fire. Literally and figuratively. Stay safe everyone. Dark times.

And then the fire erupted on social media….

1st thought: These fires are absolutely tragic. God bless all.

2nd thought: Wow. If Chelsea Handler is tweeting about her hatred of @POTUS during this critical time, she’s sicker than I thought. Sad.

We are having the same thoughts, Scotty.

For many Americans, this may be the toughest poll ever taken.

Cannot agree with you more, Caliyat, she should try educating herself rather than using a natural disaster to crack a joke on the president.

Nearly 200 homes have been destroyed and 200,000 residents have been evacuated–instead of blaming the president, why not use your loads of money to help place the victims of these fires into a hotel or something.

Handler is just another clueless liberal that will blame Trump for anything.

If the sun is not shining, that’s Trump’s fault!