Liberal actor may be arrested for helping drug lord? - The Horn News 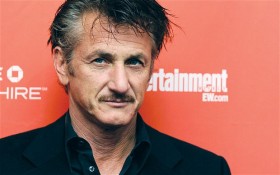 While Mexican police spent months frantically searching for drug lord Joaquin “El Chapo” Guzman, at least one American knew exactly where he was.

Liberal Hollywood actor Sean Penn is facing a wave of criticism for conducting a secret, seven-hour interview with Guzman at Guzman’s jungle hideout. The piece was recently published by Rolling Stone.

And the interview with the kingpin and murderer — who once threatened to kill Donald Trump — didn’t just raise eyebrows around Hollywood. It caught the attention to the Department of Justice.

According to ABC News, Penn’s actions are being investigated by Justice Department officials as many Americans call for his arrest either in the United States or Mexico. Though it remains to be seen whether the U.S. federal government would try to bring criminal charges against a member of the Hollywood elite.

Guzman, the world’s most wanted drug trafficker, was arrested early Friday after a shootout in Los Mochis in his home state of Culiacan, six months after he embarrassed the government of President Enrique Pena Nieto by escaping for Mexico’s most-secure prison. Five people were killed during the operation that led to the recapture of Guzman, who has twice escaped from prison.

Mexico Attorney General Arely Gomez had said on Friday that Guzman’s contact with actors and producers for a possible biopic helped give law enforcement a new lead on tracking and capturing the world’s most notorious drug kingpin.

One of the actors Guzman was in contact with was Penn. Penn has described communicating with Guzman through disposable phones and traveling to meet him aboard a plane with radar-jamming equipment.

During the interview, Guzman bragged about being the largest drug supplier in the world. And his Sinaloa Cartel has been implicated in countless murders, as well as corruption and intimidation of public officials.

Fortunately, despite his best efforts, Penn didn’t do a very good job of concealing Guzman’s whereabouts. On Saturday, a Mexican official said it was information found in the Penn interview that helped police track Guzman. The official spoke on condition of anonymity because he was not allowed to comment.

The interview between Guzman and Penn, purportedly held in late 2015 in a hideout in Mexico, appeared late Saturday on the website of Rolling Stone magazine.

The magazine says the meeting was brokered by Mexican actress Kate del Castillo. Its website has a two-minute video it says is the first ever exclusive interview with Guzman. It is in Spanish and in it Guzman sits in front of a chain link face and speaks to a camera. He is wearing a print blue shirt and dark baseball cap, but his face is clearly visible. Accompanying the article is a picture of Penn shaking hands with Guzman.

Asked about who is to blame for drug trafficking, Guzman is quoted as saying: “If there was no consumption, there would be no sales. It is true that consumption, day after day, becomes bigger and bigger. So it sells and sells.”

Earlier Saturday, a federal law enforcement official said that Mexico is willing to extradite Guzman to the United States, a sharp reversal from the official position after his last capture in 2014.

“Mexico is ready. There are plans to cooperate with the U.S.,” said the Mexican official, who spoke on condition anonymity because he wasn’t authorized to comment.

But he cautioned that there could be a lengthy wait before U.S. prosecutors can get their hands on Guzman, the most-wanted trafficker who was recaptured Friday after six months on the run: “You have to go through the judicial process, and the defense has its elements too.”