Leaked! Google had MELTDOWN over Trump's win - The Horn News 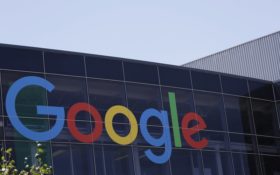 A recently leaked video from 2016 shows Google executives criticizing the election of President Donald Trump, who has recently accused the company of doctoring search results for his name.

This isn’t just unfair bias against conservative, though. This is dangerous for Democracy.

Nearly 75% of all internet searches are conducted through Google — and there’s growing evidence some executives at the company used their power to try and get former Secretary of State Hillary Clinton elected.

The video, first obtained by Breitbart, shows Google co-founder Sergey Brin saying that supporting Trump was not consistent with what the company stands for. During what was clearly an emotional company-wide meeting, Google executives proudly bragged about their liberal bias.

In the video, the tech giant’s leadership discusses their determination not to allow Trump to win the election, and their attempts to prevent Trump’s agenda from being broadcast across the globe.

The video is a full recording from the company’s “Thank God It’s Friday” meeting following the 2016 election. Breitbart says the video was provided by an anonymous source.

In late August, The Horn News reported that the president warned that Google was hiding “fair media” coverage of his presidency.

In an Aug. 28 tweet, Trump said, “Google search results for ‘Trump News’ shows only the viewing/reporting of Fake New Media. In other words, they have it RIGGED, for me & others, so that almost all stories & news is BAD. Fake CNN is prominent. Republican/Conservative & Fair Media is shut out.”

The Horn News also reported Sept. 12 that “An email from Nov. 9, 2016 from inside search engine giant Google shows that top executives of the company were manipulating search results in the days before the election on behalf of Hillary’s campaign.”

Fox News claimed the “November 9, 2016, email came from Eliana Murillo, Google’s former head of multicultural marketing, and it was subsequently forwarded by two Google vice presidents to more staffers throughout the company.”

Google denied the allegations and said Thursday in a prepared statement that executives were harmlessly expressing their own personal views at the 2016 meeting, which has occurred at the regularly scheduled meetings for more than 20 years.

“Nothing was said at that meeting, or any other meeting, to suggest that any political bias ever influences the way we build or operate our products. To the contrary, our products are built for everyone, and we design them with extraordinary care to be a trustworthy source of information for everyone, without regard to political viewpoint,” the company said.

At the meeting, executives talked about a rising tide of nationalism at home and abroad. Some appeared near tears when they spoke about the U.S. election and how disappointed they were in the results.

Google, based in Mountain View, California, has consistently denied any political bias or consideration in developing the algorithms it uses for internet searches.

Republicans and conservative groups, however, have warned that there is a growing liberal bias in Silicon Valley and that powerful information companies such as Google, Facebook, and Twitter are actively working to suppress conservative views.

These tech giants have an unrivaled influence over information and how it flows out to Americans. Their bias against Trump and conservatives is clear — and distorting what information reaches American voters will almost certainly impact elections in the future.

This video is further proof that it’s time for Congress to act and reign in these out-of-control technology companies.